The 27th issue of SchranzTanz events is going to take place on 19. November at its residential place in club Simfonija in Planina near Postojna. Greg Notill and Xavorr will be performing as main guests alongside other slovenian DJs.

GreG NoTill is born in 1980 in France. Influenced by the hardest and finest electronic and experimental music since his childhood, greg starts producing his own stuff at 14 years old. After some years, a long experimental period on differents hardware machines and software programs, and after a tragic event in his live, Gregs inspirations turned into some real hard, industrial and mayhem sound. Very well known from the hardtechno scene because of his energy and technical skills behind the decks and coz of his incredible, detailed, melodic, rythmic stomping tracks, Greg had some releases on the biggest hardtechno labels from all around the globe (carnage, working vinyl, artillery, lifeform to name the few). With about 100 tracks released on it, hes now considered as one of the major hardtechno producers. You can recognize its style with these little breaks that nobody tried to copy yet No stolen loops, no ghost producers, with more than 11 years of djing skills, hes definitely the guy you need to hear one time in your life for an unstoppable banging mixset or liveact !

Greg now launched his own digital label called G-not recordings. After a hard selection, theres no place for fast and easy music, G-not is the absolute reference you have to know if youre looking for some serious brainfuking beatz to destroy some dancefloors!

GreG loves the underground part of the music"Were just some djs, not some fuckin popstars retards"

Respect to the crowdwithout you, I would not be there

For Xavorr, during the 2008 began all, playing with HardTechno style, the secrets he use are basically observation, listen a lot of music of the genre and practice.

His sets are hard and blunt, but keeping the limits of strength and sound quality. Depending what public wants, he can play more extreme sessions between the 165-168 bpms and also more soft sessions between 160-163 bpms, trying a musical selection that breaks the monotony all the time and keep a general line of style in his sesions.

Domen Petaros aka DJ Gumja stepped on the music scene back in the year 2001, when he was first introduced to his audience in Diskoteka Titanic in Sežana, Slovenia. Ever since his sound occupied the dance-floors in all major clubs around Slovenia and other countries such as Austria, Italy, Hungary, Bosnia and Herzegovina, Croatia. He also played at bigger music festivals abroad like Maximal Festival, Industrija The last couple of years he got busy with his own production and has releases on record labels such as Soul Access, Vezotonik, Techno Artillery, Sub Cult, Soul Access, Sound Evolution, Intuition and Alekso records. Besides spinning and producing he is also active at organizing party series in Club Simfonija under names Schranz-Tanz Night and Techsturbation. In October of 2010 he launched his own record label Techsturbation Records with releases from some of the top techno names such as Peppelino, Fer BR, Goncalo M, Wyrus, Dj Cristiao, Veztax, Omega Drive, Alexey Kotlyar, MGMX and others.

His heart beats to techno and he wont let the trends change his aspects towards it. Thats why you can always expect him to serve you with a mind blowing funky, energetic and driving techno set!

He has many plans for the future, so watch out, the name DJ Gumja will deffinitely make some more noise pretty soon. 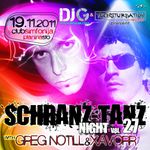 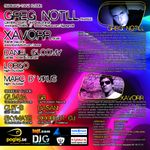 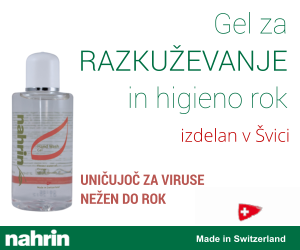